The graphics on this game seems pretty realistic. Thanks for the review #AntDaGamer.com.

LONG BEACH, CA, FEBRUARY 19, 2019 — Spike Chunsoft is thrilled to announce that STEINS; GATE ELITE is now available for Nintendo  Switch™, PlayStation 4®, and Steam®! Ten years after its initial release, STEINS; GATE is back and fully animated!! Enjoy newly created anime scenes and an unforgettable story! Don’t forget about the exclusive content that comes with each platform. 8-BIT ADV STEINS; GATE comes with the Nintendo Switch™ version, and STEINS; GATE: Linear Bounded Phenogram comes with the PlayStation®4 and  Steam® version.

The Steam® version will be 10% off during the release week, with an additional 10% off Steam® Bundle for users who own both STEINS; GATE and STEINS; GATE…! 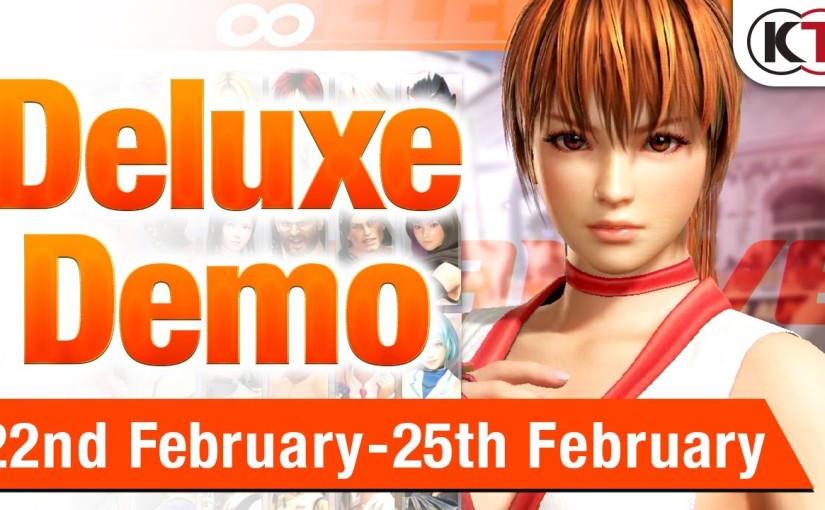 My friend really knows the kind of stuff to Post! Thanks #AntDaGamer.com

DEAD OR ALIVE 6, the newest entry in the epic tournament fighter series from developer Team NINJA, launches next week on PlayStation 4, Xbox One, and PC via STEAM. To celebrate we’re releasing a Deluxe Demo for PS4 and Xbox One that will start today, the 22nd February 2019, at 3pm GMT and run until the 25th February 2019 at 7:59am GMT. This demo features all 24 characters, the Tutorial, Command Training and Combo Challenge Offline Modes… as well as Online Modes to test your skills globally.

This looks cool. I know his face. I saw this guy on the “White Chics” movie.

Sad to see that a game that I and millions have been waiting for to release will have a 9 GB patch on launch to make you wait even more. After waiting and even installing the game pre-launch via Xbox Games Pass, I was greeted with this screen tonight when I was so excited to get into some Terry Crews inspired Crackdown action. So sad! I wonder how Terry Crews feels about this?

The weapons on this game look awesome. I love how this blogger/ gamer expressing his views on this #videogame.

Take on the role of a God Eater, the last line of defense against the monstrous beings known as Aragami which have devastated the world. God Eaters are unique individuals with special abilities to wield powerful God Arc weaponry, the only known weapons that can destroy an Aragami. God Arc weapons come in a variety of melee and…

This is one of those game reviews that makes you want to go try this game on one of the many devices that it is offered on!

Vienna, Austria and Austin, Texas, January 31st, 2019 – Ruin reigns on Earth, but fear not as War the devastating and disputed hero of Darksiders Warmastered Edition starts the Apocalypse on Nintendo Switch. April 2nd is the planned release date for the end of the world as we know it. A world without Darksiders on the Nintendo Switch.

Darksiders Warmastered Edition is already available for PC, PlayStation 4 and the Xbox One family of devices including Xbox One X and will be out on Nintendo Switch on April 2nd 2019 for an SRP of $ 29.99, both digitally and in retail stores.