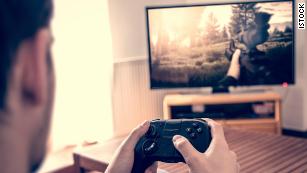 I am 47 years old and used to play video games all the time. I haven’t played with a console in 8 years but I play apps and some PC games through Steam. Now I have bought a PS3 and a few games. I want to join a community and learn more about the games. I hope that I will not get another illness from this since they are saying there is a new condition called, Video Gamer Disorder . I also want to share some of my experiences with you guys. I want to be a gamer.

I was raised in a family of tech savvy game related members. My father was a technical guy. He would tinker on his car but he was fascinated with computers. My mother was the original gamer, now 76. She started us with board games and moved us into the video game world. She plays games mostly on her tablets but she just got back into her Super NES. My sister is the least gamer of us all. She will play some games on her phone, on her tablet, or watch my mom. She has a laptop, tablet and smart gear but doesn’t stay on them. My brother, he is the oldest, he has a console and laptop. He prefers Linux as his OS and plays games there too. He watches YouTubers play and he can spend hours playing on his Xbox 360. My poor niece is born into this family with old smartphones to play with, several tablets herself, iPad from school, and is curious about gaming. I hadn’t realized how connected we are to technology and games until I told some that they don’t have to be afraid because my mom is old and she can do it.

I , for the most part, love technology! I started in my late teens working with MS Dos and Word Perfect. I got my first desktop when Win 3.1 was out. I installed my on CD drive and was hooked. I started gaming on there but still playing on consoles. I kept up with each new version of several consoles until the PS2, Game Cube, and Xbox. After that I got lost in my emotions issues. Yes, I still played games on my phone but I didn’t know what was happening to me. I got a laptop and played some basic online games but nothing big. After I moved into my place, I tried streaming with Steam on YouTube. YouTube was hard to master and I got discouraged. Now I got a new computer cable for recording game play. I also have a PS3 with a few games that are modern but I will need to spend more time with it if I want to be watchable and look like I know what I am doing. Gaming after such a long time away can be frustrating.

I am trying to write about things I hear, I experience, and things that I find fascinating. Hope you will sop by to read more. Please comment, share thoughts, feel free to share with others.

I am an older woman inspired to not give up on life and to strive in everything I do to achieve my goals. I want a business to run from home. Helping the homeless community in Denver is important to me as well. I like creating videos and blogging about experiences, new information, and lessons learned. I am motivated to put information on the web hoping it will help others. I have two beautiful girls that are grown now and I hope they will be the women I know that is within them. I love technology and the outdoors. I am working on improving my health to live as long as possible. Life is worth living and living to the fullest. View all posts by Chacalit

2 thoughts on “Trying to Be A Gamer”